Skip to main content
I know I will be attacked for this post. Also friends of mine will say: this is apologetic towards China. And yes, its, because most China critics do not get or do not want
to get the point.  Especially western media normally completely miss what is essential about China:
I pick out 2 problems with  which western media and politicians are in love with
Minorities:  China has about 10% ethnic minorities. When a mixed couple has a baby, they run to register it as non Han and belonging to an ethnic minority. Ethnic minorities have a good amount of privileges, the most important reserved quotes at all universities, also the top one. Minority regions have a high degree of autonomy, always in the context of a centralized and dirigistic state. 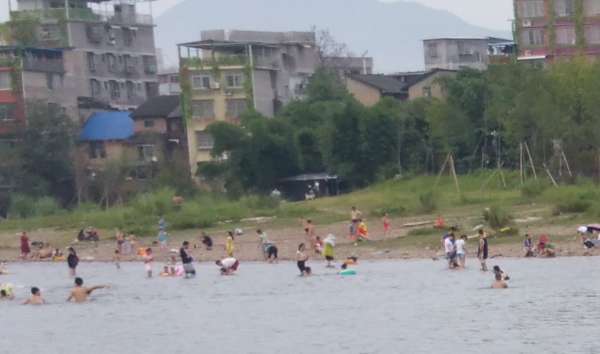 The western media talk only about Tibet and Xinjiang. Also here the government is not oppressing the "minorities". The government is oppressing those parts of the population who  ask for independence and statehood. Just as the Spanish government does, where a court just sent the leader of the Catalan separatist to jail. I am  not saying this for justification, only for reasons of appropriateness. Xinjiang has 20 million inhabitants of which are most probably 10 million Uighurs, of which are most probably 2 millions slightly separatist, of which 100,000 have said things which angered the Beijing government so strongly that they were send to some  kind of internment. Is this nice? Not really, but only a complete idiot could imagine that a government in Beijing would not suppress any independence movement in  Xinjiang or Tibet.   Tim Marshal is explaining this in the China Chapter of  his Book "Prisoners of Geography".  Their belonging  to China is not negotiable. Furthermore it would be a catastrophe also from an international point of view to have, poor and unstable states in the region. Politic movements without reality check will bring only more mayhem.
The entire question will be resolved by "Hanization" through migration and the Tibetan and Ughuir minorities will be peacefully integrated as all the other minorities in big China.
Environment:  I experience now  one week of sun and blue sky in GZ,  PM10 is under 40 mikrogram/m3 and the forecast is for good air quality until December 9.  I will go running tomorrow morning with 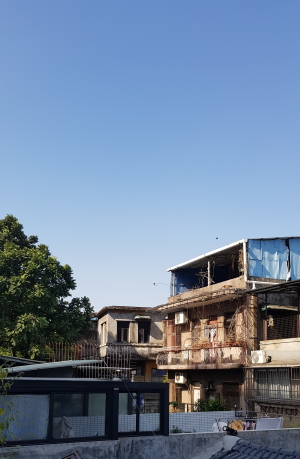 pleasure. Guangzhou has a good climatic situation, Beijing has a bad one. But even in Beijing air quality increased dramatically in the last 10 years. I spent all October this year in Beijing and I skipped running for air quality issues only twice.
China has  1.4 Billion people.  This is nearly the double of USA and Europe together. Since 1979 massive industrialization and urbanization took place. It is a miracle that the environmental problems are not still bigger. At least Beijing air quality has never reached the toxic level of London from the second half of the 19th century.  Environmental problems in China are enormous, but even the speed with which they are treated is enormous.  8 years ago, moto bikes of all types were heavy contributors to urban air pollution. It was decided that they have to disappear and within two years all of them were transformed into elektro bikes (which are a  thread for every pedestrian as they appear without any noise but with speed).  The next problem the government has decided to tackle is the rubbish problem. Rubbish avoidance and differential collection of rubbish has become the topic of the day.

Urban planning is very environmental conscious.  The new city center of Guangzhou is a park with skyscrapers around. The Changjiang park of the Hankou side in Wuhan is another example of a big  piece of green in the middle of a 13 million city.

The main issue? The government overall is obsessed with stability, "harmony" is one of the slogans for the main socialist values. This is why they try to close the country against Google and Facebook fearing that these western influences would destabilize.  I always called this behavior paranoid and I still think, if there would be free elections, the government would get 70-80 % of the vote - so why all this fuss with censorship of the web, which impedes also productivity of Chinese people?   But after being now 3 months in a row in China, I admit that fear of divisions and unrest is not paranoid, but justified.   I have seen many recalls to tradition, much more Mao jackets and revolutionary posters in Restaurants. Even youth in traditional clothes from the past.  Then I have seen (in the state TV) music bands of just 20ishs that reminded me the  Beat Music of the 60s, not in style but in disruption to anything what has been there before.
The Chinese society has a hypermodern component. ( the east coast cities have one of the highest rate of single women, mostly because they don't find culturally appropriate  partners. A big part of those born after 1990 is individualistic, homosexual couples can be seen in public............)   On the other hand the majority of the population is deeply conservative and a part feels left behind, not because their prosperity has not improved, but there is another  world they see , strange and with another dimension of richness, and partly there is a nostalgic view of pre-reforrm times.
The Communist party as an institution, not always the flesh and blood members,, has the trust of the population. They have rescued China from 200 years of humiliation and they even have improved the economic situation.  They are remembered not for the big leap forward and the cultural revolution, but for the victory over the Japanese, the reforms of 49 and the opening up politics of Deng Xiaoping
Any alternative to the CPC would be worse.  China is changing everyday, but these need to go on step by step and peacefully.
Therefore long life to comrade Xi